Last month, the first transcontinental railroad that spanned North America turned 150. It’s a landmark in time that was also a literal landmark. Along with the anniversaries this year of Stonewall, Woodstock, the moon landing, and many other pivotal events (where I live, Hurricane Camille is getting some well-deserved attention), that other ’69 reaches across time with its tidings of a mighty imperial project, fulfilled.

I’ve been fascinated for a long time by the optics of the two steam engines head-to-head on the freshly laid tracks at Promontory, Utah. I love the story of the golden spike connected to a telegraph line that translated the motion of a hammer directly into a message of completion, listened for in faraway cities. (Although check out this complication–it didn’t really work as intended.) I love that the transcontinental railroad did not end at the Pacific coast, but was a project defined by two opposing lines of motion, one originating in the west, the other in the east.

The history of western expansion is tangled up with the history of photography in all kinds of interesting ways (see here for some more on that). Photography glorified and invited, and in some cases recorded what was being replaced and erased in the West, but it was primarily an agent of imperial expansion. Lines of sight, lines of force: the power of the gaze. A machine that sees for you can break open a continent. 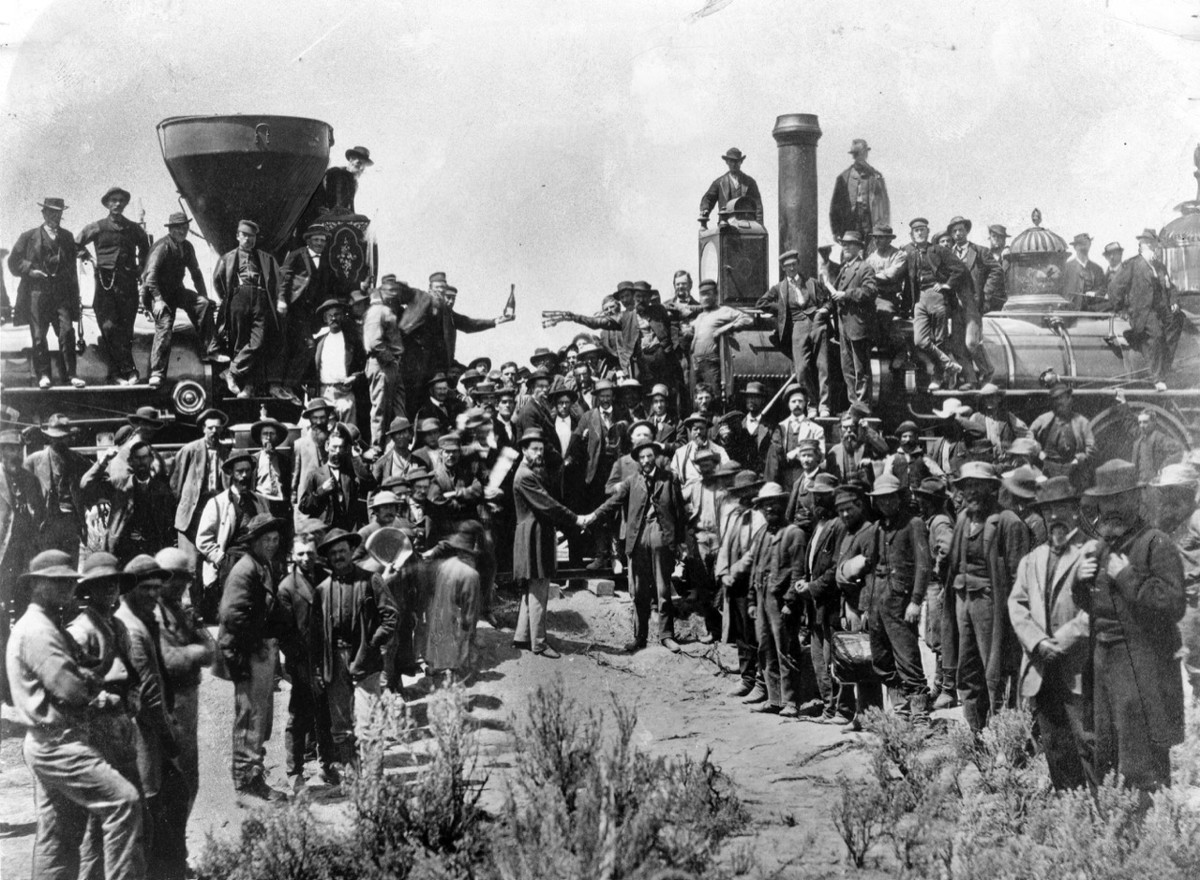