I found myself saying to someone the other day that deer are terrorists. We giggled. But it’s kind of true. Right before that conversation, my husband and I had spent several hours putting up a deer fence to protect the sorry remains of our vegetable garden, after deer had decimated much of it and made it clear that they would continue without mercy until nothing was left.

The fence was a success, but they retaliated by destroying our ornamental plants in one brutal overnight session: 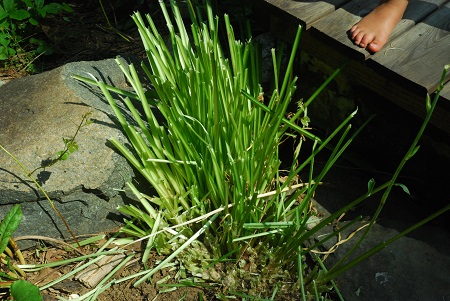 I am always aware that human gardens have value to humans that is completely unrelated to their function within the ecosystem. So my being upset about my pretty hostas is a purely private affair. (Likewise the urge to learn how to use a 12-gauge.) But there is an argument to be made that there really are too many deer; they’re unchecked by non-human predators and they put pressure on native plants.